The disappointment of the REC that falls on Fréjus’ floor 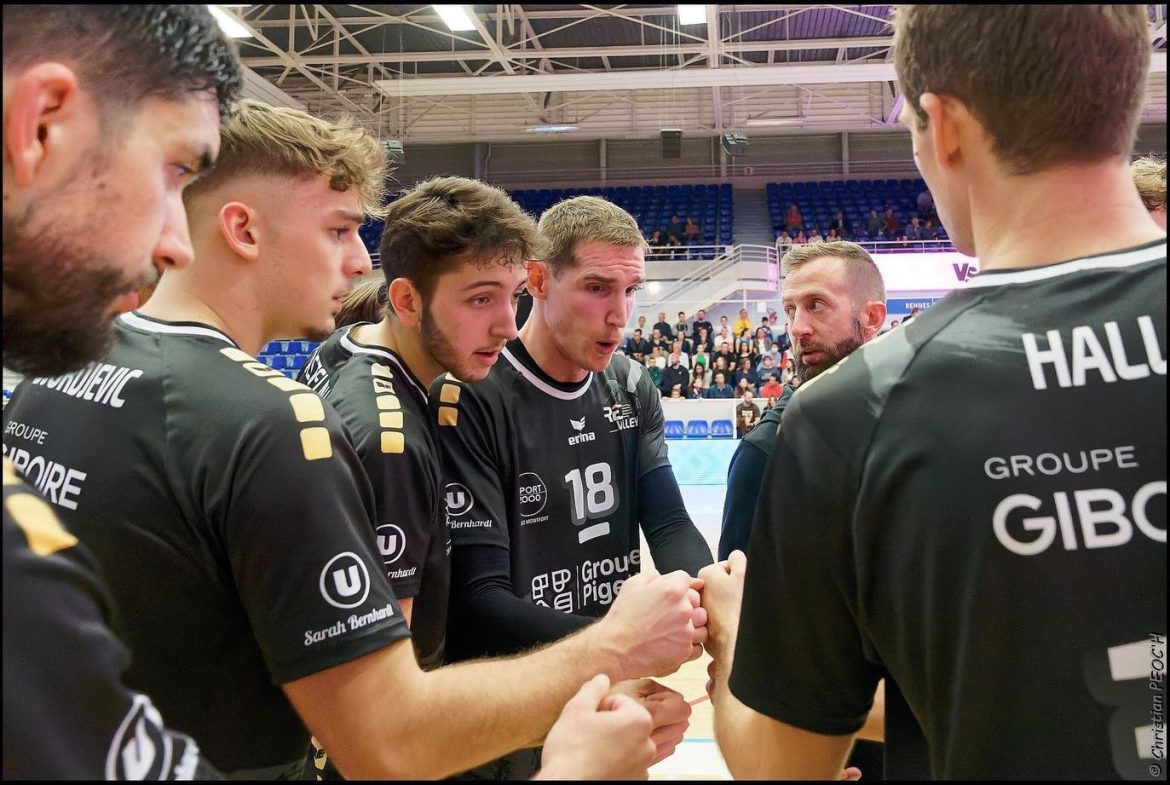 REC moved on Saturday evening on the floor of Fréjus, 9th in Ligue B. At the end of a closely contested match, Rennes lost 3-1 and thus suffered their fourth defeat of the season.

Prior to this match, the REC men stayed on 3 wins in 4 meetings including one against leader Mende and look to be bouncing back at the start of the season. Facing an opponent weaker than them on paper, the Bretilliens had the opportunity to enter the top five if successful. Martigues had surprised them the day before, and Varois was eager to get back in front of their home crowd.

From the first exchanges, I sensed Var’s determination and Rin was taken aback. Quentin Marion’s men chained up errors and allowed Fréjus to quickly take a five-point lead. Despite a slight mutiny at the end of the set, REC failed to come back and conceded the first set 25-20.

After an upset, the Brits attacked aggressively in the second set, getting 4 points more than their opponents (6-2). More refined and organized than in the first round, Clément Castelnau’s teammates held on to win the second set with a score of 25–19. Then the dice were rolled again.

The scoring collapses at the end of the match

Thanks to their crowd, the Frejusians raised their game even further and seemed to benefit mentally in this third set. Hospitals, Pharoah won the round and headed into fourth with a desire to finish fast (25-21) while Larne dipped his head underwater.

The fourth set was tight, but Fréjus was still ahead by a point or two. At the end of the Tour our Bretilliens cracked letting Loïc Geiler’s men take off. REC finally lost this fourth set 25-21, thus losing 3-1. Rin is the seventh in the ranking.

AI Adoption and Observability: A necessity to maintain the mental health of employees

Rennes and Brest B at a standstill, Guingamp B, Milizac and Dinan-Léhon braked, Lorient B in good shape