Home football Rennes and Brest B at a standstill, Guingamp B, Milizac and Dinan-Léhon braked, Lorient B in good shape
football

Rennes and Brest B at a standstill, Guingamp B, Milizac and Dinan-Léhon braked, Lorient B in good shape 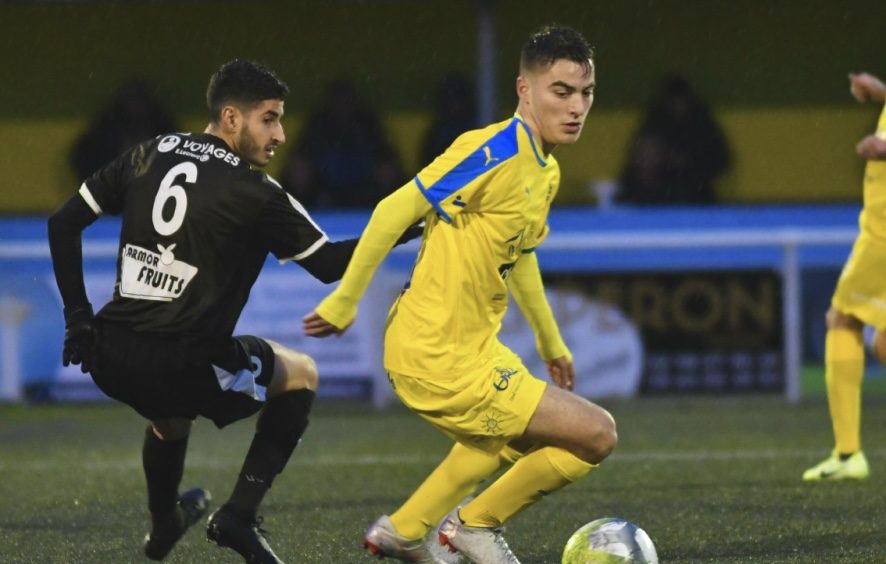 Like every weekend, Ti Sport offers you the summary of the results of our Breton clubs in N2 and N3. Back in particular on the victory of Vannes against Rennes B (3-1) and the draw of Dinan-Léhon on the lawn of OC Cesson (0-0).

The weeks go by and look alike for Stade Rennais B, once again defeated by Vannes OC (3-1) who meanwhile won their second success of their season. The Morbihannais can therefore breathe after this victory while mastery while the Bretilliens sink a little further into the crisis with only three points after nine games. The reaction is therefore beginning to be expected on the side of the Red and Black who are more than ever in last place in National 2.

After a great start to the season, the Guingamp reserve has also been in doubt for many weeks. Opposed to the B team of Caen, the Costarmoricans conceded the draw (2-2) on their lawn. A disappointing result which however puts an end to the black series of four defeats of the men of Jean-Baptiste Le Bescond. The Bretons will travel to Saint-Pryvé Saint-Hilaire the next day to face a direct competitor.

The Loiretans also defeated US Saint-Malo (2-0) this weekend. Reduced by numerous injuries, the Diables Noirs did not manage to obtain a positive result and thus suffered their first defeat of the season at home. Nothing too worrying however since the Malouins are 7th in the championship.

The Lorient reserve wins in Angers

Still in National 2, but this time in Group D, FC Lorient B, which was away in Maine-et-Loire, won the duel of reserves against Angers (1-0). Opportunistic, the Hakes managed to crack the opposing defense at the very end of the match through Michaël Nilor (90th). And thanks to this very good result, the Morbihannais climb into the Top 5 of the championship with six points behind the leader, Goal FC.

Stoppage for the favorites

So good since the start of the season, Dinan-Léhon stalled this weekend. The Costa Rican club failed to break the lock of the promoted Cessonnais who played perfectly with his weapons (0-0). The Dinannais still remain at the top of National 3 while OC Cesson is still 10th.

For its part, US Fougères failed to take advantage of the leader’s draw. The Bretilliens settled for a draw against Saint-Pierre Milizac (0-0) after being dominated for much of the game. The Finisterians lacked success against the cages to get a positive result. Back to back, Fougerais and Milizacois therefore retain their place on the last two steps of the podium.

Plabennec continues, Brest B at a standstill

The card of the weekend is to be put to the credit of the Stade Plabennecois which made short work of the Entente Samsonnaise Doloise (5-2). Raphaël Mourdi notably scored a double to the delight of the supporters present in the stands. AS Vitré also largely dominated the Stade Brestois reserve (3-0). The latter has definitely not succeeded since the start of the season. The Ty-Zefs still have only one victory after eight days.

Conversely, the Stade Briochin reserve was reassured by winning against Lannion (4-2). A logical result given the full performance of the Griffons. Finally, TA Rennes returned to success by beating Saint-Colomban Locminé (2–0) while Montagnarde fell narrowly against GSI Pontivy (1–0).

The disappointment of the REC that falls on Fréjus’ floor

Focus on real estate careers: which position to choose?