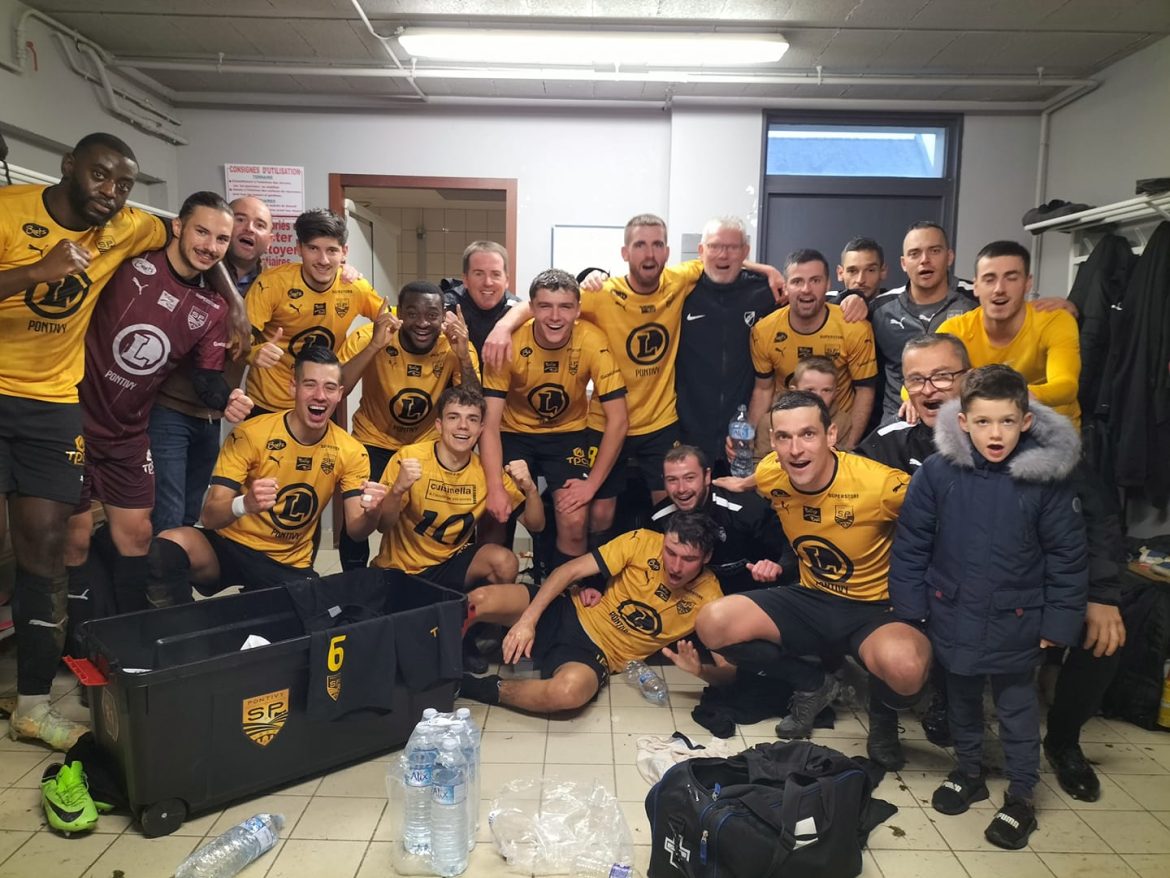 This Saturday, several Breton clubs were in contention in the 8th round of the Coupe de France. Plabennec and Stade Pontivyen are continuing their fine run in the competition. US Fougères, Ergué-Gabéric and En Avant Guingamp are eliminated.

Brittany already has two teams qualified for the 32nd finals of the Coupe de France. Plabennec and Stade Pontivyen have won their ticket for the next round of the competition. A look back at three matches played this Saturday evening.

Stade Pontivyen brings back the qualification from Alençon…

Stade Pontivyen believed in it to the end and the Breton club did well to believe in it! After 90 minutes of play and many chances for Alençon (N3), the Regional 1 players managed to hold on (0-0 at the end of regulation time) to snatch a penalty shootout which they won 5 –4. A great performance that allows them to qualify for the 32nd finals of the Coupe de France!

…Plabennec is also on the next lap…

Ergué-Gabéric (R1), winner of AS Vitré (N3) in the previous round, received Plabennec, also a resident of National 3, for a new 100% Breton duel. And this part has kept all its promises. The locals first opened the scoring from the penalty spot through Pierre Le Reste (1-0, 27th) before the visitors equalized less than ten later thanks to Yahya Kujabi (1-1, 35th). Everything therefore remained to be done at half-time. But in the second half, the Plabennecois snatched victory after a goal from Nathan Madec (1-2, 77th). The latter therefore sends his team to the next round of the competition!

…the US Fougères stops there

In one of the other matches of the evening that interested us, US Fougères hoped to repeat their feat achieved against Le Mans by eliminating this time Avranches, 14th in the National. Except that the Fougerais came up against a fine Norman team which finally won 1-0 thanks to a lobbed center-shot in the 71st minute of play. Eliminated in the 7th round by Bastia last season, the Bretilliens can rejoice in to have passed an additional stage this year after an honorable course once again. Even if inevitably, they will have regrets after this short defeat.

This 8th round of the Coupe de France will continue this Sunday for our Breton clubs with the trip of Lannion (N3) to the lawn of Nantes Bellevue (R1) at 1.30 p.m., followed by a new 100% regional duel at 2 p.m. between Plouvorn ( R1) and Valves (N2). Obviously hoping for great victories from our local teams!